There’s a whole lot of talk about GMO’s and organic farming popping up again on my Facebook news feed and each time it happens, I come to a cross roads. I can certainly see the benefits of moving away from our wide spread monoculture farming systems. Spending 3 years working on large broad-acre dry-land and irrigation farms has given me a chance to reflect on some of the issues that people have been throwing their hands up about.

I agree that the chemicals that we use out here are pretty toxic and I’m almost scared to go near some of them. There’s herbicides like 2,4D Ester that’ll give you  headaches, amine based herbicides that can make you blind and Paraquat, which has killed 18 people in the last 13 years. Crazy right? I agree, we should avoid using these chemicals.

From an environmental stand point, yes, we need to make a change to our farming systems and start planning for a sustainable, organic future. Unfortunately  from an economic perspective, from my experience, this is much harder in Australia. I’m no agronomist and I have no real deep understanding of how economics or farming really works but I’ve seen how things work out here and these are my thoughts.

This post is primarily focuses on organic farming but also includes my thoughts on GMO’s as it’s a big part of farming. In particular, with Cotton one of two GM crops (currently) commercially grown in Australia. The other is Canola

For the record, I don’t want GMO’s in our food but I believe that GM Cotton is great (I share more below).

Most organic farming viability papers have been presented based on research in the US and Europe where farms are much smaller. In fact, the average farm in the US is 420 acres and in Europe, the average farm is just 50 acres. Compare this to an average Australian farm of 8,250 acres.

The cost (lack) of labour

The cost of labour is a massive point that has been used against organic farming and it has been countered by the reduction of input costs that will cover the increase in labour. Fair enough, no Monsanto license fees.

An assumption has also been made that land and capital are the limiting factors of migrating to organic farming, not labour. This is certainly the case in many areas across the world but not here in Australia.

The biggest problem in Australia isn’t fundamentally, the cost of labour, but actually finding it to start with. Often, GM crops and chemical spraying is the only way to viably manage our food production with the labour we have access to.

Organic farming is labour intensive. I can cover over 500 acres/day with a spray rig and some round-up which means that 8,250 acres will be weed free in 16 days. Under an organic farming system (still using tractors) and without chemicals, I could cover 170 acres a day with a cultivator and finish the job in just under 7 weeks.

We already know that Australia is usually a pretty dry place. It’s a common fact. This has a big impact on how farmers manage their soil. One of the biggest changes in farming to adapt to a dry environment has been zero-till farming.

Using traditional tilling, organic farming has a big reliance on water, a resource that doesn’t exist in such abundance across much of Australia.

Organic methods we use

I work a lot with cotton so I’ll share some of my experiences which actually includes ‘organic’ or ‘traditional’ farming methods.

Crop rotation has been a huge part of our diseases and pest management strategy. We rotate our cotton fields with sorghum, corn, chickpea and wheat. Each crop has a different effect on a field. Root systems that reduce soil compaction, organic matter input, pest management, disease control and the addition of natural nitrogen to name a few.

Trap Crops, also known as refuge crops when used alongside GM plants, are used to reduce insect damage to the primary plant being grown. When used with GM plants, a refuge crop also prevents the development of crop resilience in the insects.

Cultivation is a method still in use today. Like I mentioned before, we use a method called zero-till to avoid soil disturbance and moisture loss. We use cultivation to turn in stubble and to speed up the breakdown of organic matter. Cultivation also helps in the management of disease and weeds.

The Value of GM Cotton

I’ve worked with cotton for the last 3 years and I have no problem with it being a genetically modified crop. The licence fees on GM cotton are huge, but for us, it’s worth the investment. Here’s my thoughts on why.

Like I’ve mentioned, I don’t like the idea of GM entering our food. As fibre, GM cotton is great. However, GM cotton seed enters our food chain as stock feed.

I certainly don’t think outright  banning GM is the solution. There needs to be a managed approach focusing on creating opportunity in the industry to initiate change where it’s viable. Government funded investment into increasing skilled workers in agriculture and investment into the migration of farming practices would be a great start.

Are you jumping on the GMO band wagon because you’ve been told how bad it is? Thoughts like: GM crops aren’t natural, GMO’s can muck up your health and we’ve lived GMO free until now with no problem at all. I agree with you. Here’s some thoughts to help you consider how we’ve reached this point to start with.

Current numbers apparently suggest that we’re heading into a food shortage. I’ve worked in restaurants where we throw out up to 10 garbage bags of food each day.  Steaks are thrown out because they are ‘medium’ and not ‘medium-rare’. We choose to buy a large chips because it’s just $1 extra and then proceed to throw away half.  When we consider the food that the western world throws to waste, it’s no surprise that food production is such a big topic!

If you haven’t already, try and live a life that doesn’t rely on GM crops. See how you fair. I’ve worked hard to create crops that end up at the supermarket (at reasonable prices) and often, people take this convenience for granted. Some people go further, they complain that it’s too expensive and further again, that it’s GM or not organic.

When a fruit or Veg is out of season, it’s pretty natural to consider another food but we’d rather import food (that could be GM) rather than operate on the natural premise that things only grow at certain times of the year.

Creating food is hard work. Creating organic food is even harder. Try to grow your own fruit and veg chemical free and you just might appreciate the food you can buy at the supermarket, even if it isn’t organic.

Australia has incredible potential to create food but we muck it up by selling our Agricultural land to foreign states. We approve mining on prime agricultural land. We don’t see the value of investing our money into Australia (If oranges from NZ are cheaper, we’ll choose them!).

Currently we can create enough food (and a variety of it too) within Australia to sustain our nation but we continue to import loads of food.

What would you pay for Organic/GM Free?

Here’s the biggest question, what premium would you pay to facilitate a change to GM free, organic agriculture? A 10% premium would cost the average Australian family spending $200/week on groceries an additional $1040/year.

The cost of natural fabrics will also rise. Cotton and Wool are both agricultural products that would be impacted by a GMO Policy. Will you conveniently ignore the fact that many clothing products are produced out of oil based plastics?

Most of us face the same challenge that I do, I try to make my financial decisions based on my value for Australian made, natural fibers and organic food. Put these values on the cost/convenience scale and you start to see the sacrifices that need to be considered.

Would you consider an additional $1,000 household tax to be invested into organic agriculture? It’s an investment into a sustainable, healthier future?

I’m not going to argue the GM topic, in reality, I don’t know enough ‘facts’. My thoughts are shared based on experience and I’d love to hear your thoughts too. You’re welcome to share them below. 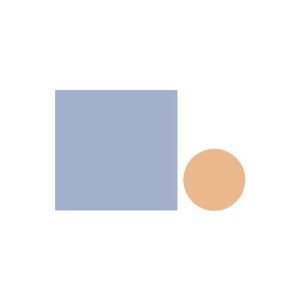 My name is Korske, and I’m an Adventurer, Writer & Photographer passionate about building community through genuine relationships. I started my work life as a Web Developer & Network Engineer. Since then, I’ve travelled across Australia, built houses, landscaped gardens, grown cotton & harvested wheat. After spending seven years travelling across Australia, I’ve returned to my hometown of Canberra, putting the lessons I learnt on the road to good use. I’ve made loads of mistakes learnt many valuable lessons. I hope that my musings challenge you to start your next adventure or, encourages you to continue the one you’re already on.